Antifa .. the secret of the movement that ignites the demonstrations and frightens Trump 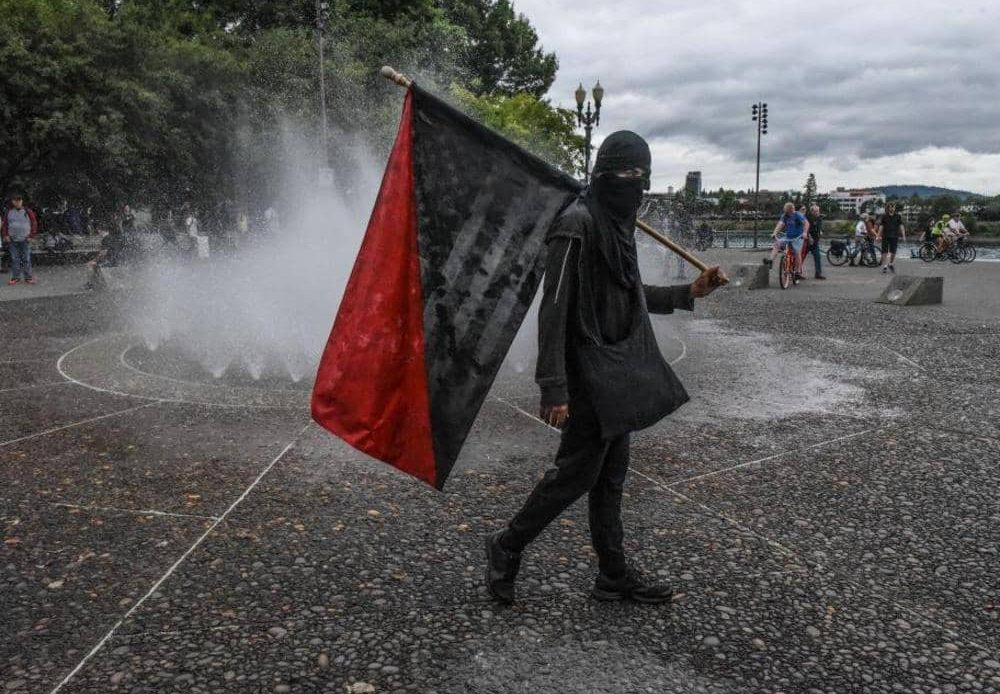 Angry demonstrations across the United States in recent days have pushed a name that may not sound familiar to many, “Antifa“, to the forefront of news reports, pamphlets, and media around the world.

5 days ago, demonstrations continue in the United States after the killing of an African-American citizen, George Floyd , in the hands of a policeman in a shocking scene that sparked global outrage.

On Sunday, US President Donald Trump said his government will classify the “Antifa Movement” Terrorist Organization.

“Antifa” the word stands for principle” Anti – Fascism” It is a secret movement, with no known central administration, nor registered members, and its members usually organize their movements spontaneously, away from the eyes of the security men and the police.

The movement aims to combat racism, capitalism and discrimination, and tends in its style to violence during protests.

Its supporters are distinguished by wearing black, masking their faces and appearing as masked events.

Although the “Antifa” movement appeared again with the arrival of President Trump to the White House after winning the 2016 elections, its roots go back many years, and political studies refer specifically to the period after the First World War.

The movement first appeared in Italy to fight fascism there in its beginnings in 1919, which coincided with the escalation of repression of socialist and workers’ associations in the country at the time.

Its history was linked to the most famous dictator, Benito Mussolini , as it appeared to confront him, when he succeeded in unifying power under his fascist national party.

Many of the anti-fascist leaders in the United States were trade unionists, and immigrant socialists from Italy, with experience in organizing labor and combat struggle.

Ideologically, the Antifa movement sees itself as the successor to anti-Nazi activists in the twentieth century, and these movements reappeared in the 1970s to oppose “white supremacy” and the skinheads, and then eventually spread to the United States.