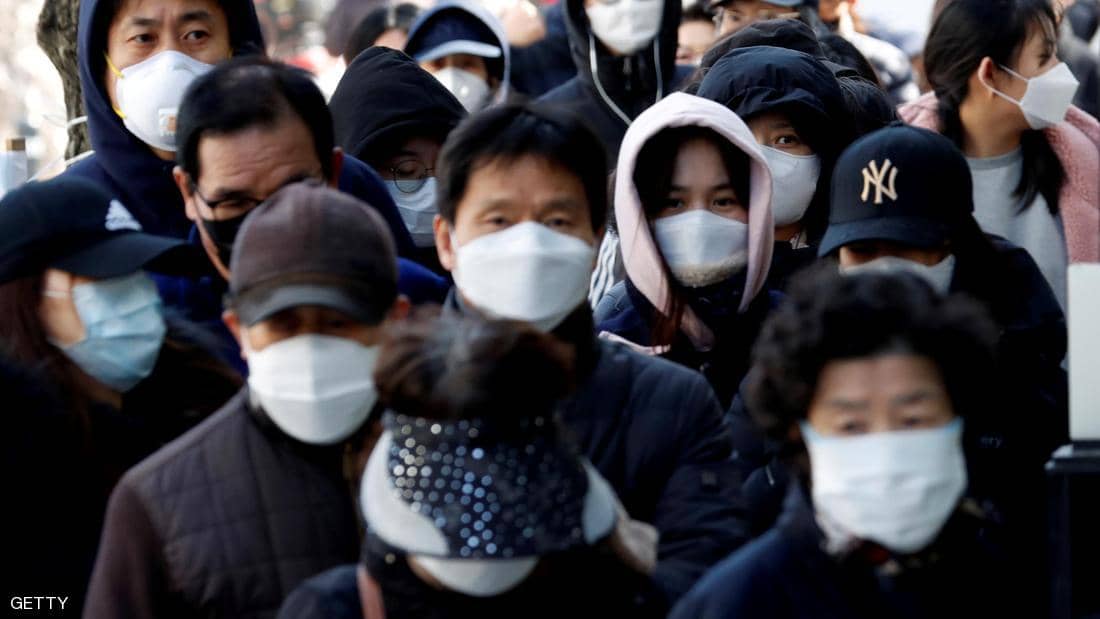 2,300 people with the deadly disease are waiting to enter hospitals in Daegu, the city that has seen the worst outbreak of the coronavirus outside the mainland, but is suffering from hospital shortages, which enhances the chances of transmission to others..

In new cases, the total number of infected people is increasing in South Korea to 5328 infected, and the number of deaths from the virus to 32 cases, according to the Korean Centers for Disease Control and Prevention.

The majority of cases were in and around Daegu, the country’s fourth largest city, where the coronavirus has spread rapidly among members of a Christian community.

Health officials expect that the number of new cases will increase in the near future after they complete the examination of more than 200,000 members of the sect, in addition to thousands of suspected cases from smaller communities..

“We need to implement special measures in times of emergency,” South Korean Prime Minister Chung Sekion said at a cabinet meeting, referring to additional medical resources sent to hot spots like Daegu and economic measures that included $ 9.8 billion in incentives..

Hospitals in the most affected areas find it difficult to absorb the increase in patient numbers.

He added that 200 beds are to be added to a military hospital that treats many of the most serious cases, and currently has 100 beds, by Thursday.

Up to 10,000 people are being examined daily in the country, and the daily number of infections has decreased somewhat since a peak of 909 cases on Saturday, according to the Centers for Disease Control and Prevention.