In the Old Stone Age … Native Americans came from Siberia 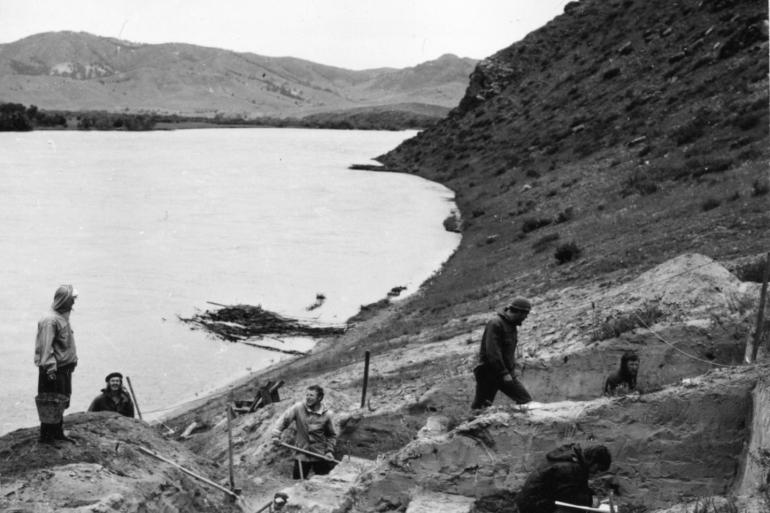 A German research team from the Max Planck Institute for the History of Human History has discovered new genetic links near Lake Baikal in Siberia, revealing the oldest genetic bonds known to date between Asians who lived in the Stone Age and Native Americans.

The researchers conducted the study, which was published in the journal “Cel”, Examining the remains of 19 Siberians, the oldest of which dates back more than 14 thousand years.

And that is by analyzing the remains of human teeth that were previously found at a drilling site near the south of Lake Baikal in 1962, where researchers used population genetics, genomics that causes ancient diseases and isotope analysis.

They reached an evaluation of the population history of the Lake Baikal region, revealing profound relations between the peoples of Siberia and the first peoples of the Americas, dating back to the late Paleolithic period.

The present study also sheds light on the movement of human movement – and hence contact – through Eurasia during the early Bronze Age.

Lake Baikal is a great lake located in southern Siberia, Russia, and it is the deepest and oldest freshwater lake in the world, and was formed approximately 25 million years ago due to the movements of the crust.

Humans have lived near the lake since the late Paleolithic era, and left behind a rich archaeological record.

Ancient genes from the region revealed multiple genetic changes and mixed events, indicating that the transition from the Stone Age to the Bronze Age was made easy by human mobility and complex cultural interactions.

However, the nature and timing of these interactions are still largely unknown.

The deepest link between peoples

“He Yu,” the first author of the study, says, “This study reveals the deepest link between the Siberians from the late Paleolithic era and the early Americans.”

“We think this could shed light on future studies on Native American history,” he says. Previous studies had indicated a relationship between the Siberian population and the Americans, but this new study reached to the oldest person yet who carried the mixed offspring found in Native Americans, by analyzing the genes of the remains of a 14,000-year-old.

This person from southern Siberia shares another person younger than northeastern Siberia, in the same genetic mix as the ancestor of ancient North Eurasia(ANE) and Northeast Asia (NEA) located in Native Americans.

Evidence indicates that this group has experienced frequent genetic contact with Northeast Asian groups, which has resulted in different rates of mixing across time and space.

“The Paleolithic genome will provide a legacy for studying human genetic history in the future,” says Cosimo Post, one of the study’s authors”.

But finding more genetic evidence from Paleolithic Siberia groups is necessary to determine when and where ancestral genes were collected.

An important discovery .. Here appeared the "oldest human being" in Europe