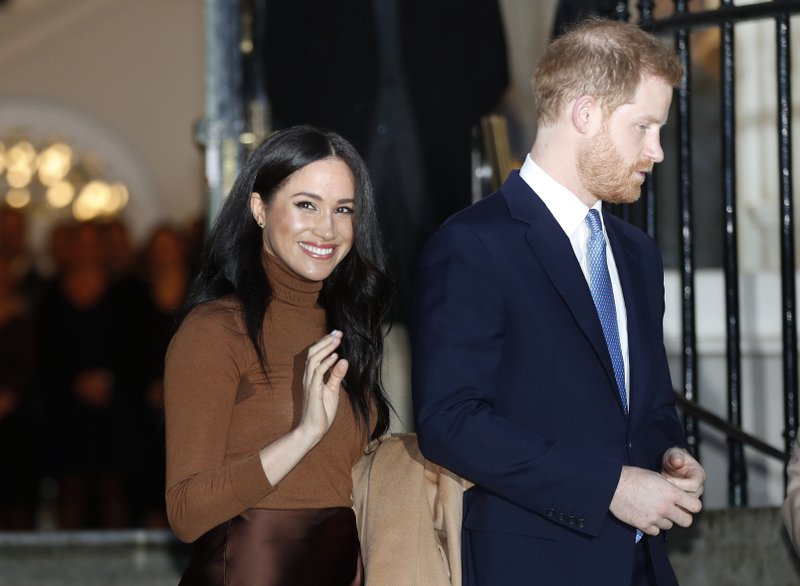 Hours after Prince Harry arrived in Canada, in preparation for the start of his new life with his wife, Meghan Markle, and his infant son Archie.

journalists began to “harass” their personal lives, from which the family fled in Britain.

According to the Guardian newspaper, the couple’s lawyers threatened to sue paparazzi photographers for the photos they had taken of Meghan while she was walking with her son and her personal dogs in a park.

Some British newspapers on Tuesday published photos of Meghan’s picnic in a public park near a forest in Vancouver, Canada, carrying her infant son with her dogs, as well as two bodyguards.

Harry and Meghan’s lawyers said that the pictures were taken without Megan’s approval or knowledge, and that the photographers were hiding among the trees.

British newspapers also published at Tuesday, pictures of the moment Prince Harry arrived in Canada, on a public plane, in civilian clothes, without his knowledge as well.

Nor does it appear that the pursuit of journalists will stop after the couple migrate across the Atlantic to Canada, as their story continues to interest the British public, as do British newspapers.

The grandson of the Queen of Britain, Prince Harry, expressed his grief on Monday for having to give up his royal duties, and held the journalists, who “desecrated his life from birth”, as he described it, responsible for making this decision.

Harry, in his speech to the charity Foundation Sentipel, referred to his late mother, Princess Diana, who died in a car accident while trying to escape from Paparazzi, saying that he had no other choice but to step as he and his wife, Meghan Markle, sought to find a quiet life.

The Duke of Sussex said: “When I lost my mother 23 years ago, they embraced me, but the media have great power, and I hope that the day will come when our collective support will be more powerful, because this is much greater than us,” according to what the Associated Press reported.

Believe it or not ... this is what love does to your body, 7 stories that prove it