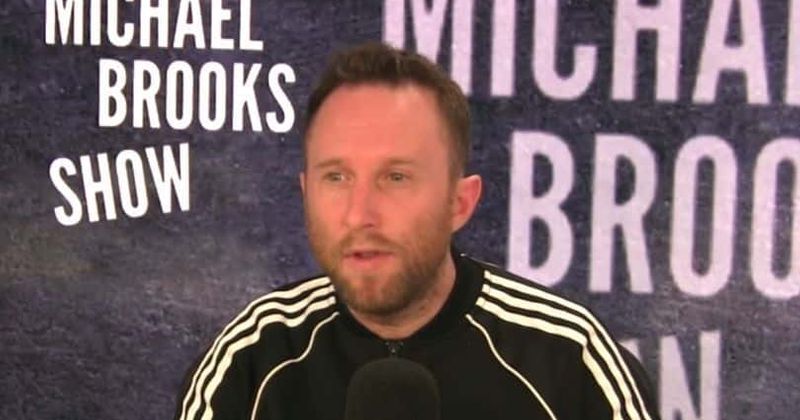 Popular web show host Michael Brooks died aged 37 on July 20. ‘The Michael Brooks Show’ anchor died because of a medical condition, as stated by his team on Twitter. His team in their social media post said, “It is with a heavy heart that we announce the unexpected passing of Michael Brooks: a son, brother, friend and true comrade to so many, due to a sudden medical condition.” However, further details about the cause of his death haven’t been revealed yet.

The post also says that his family will soon release a statement about their plans of keeping his legacy alive by setting up a foundation to honour him. “While the form it will take is uncertain, Michael’s family desires to keep his work alive and asks all who wish to contribute continue doing so in the usual channels. Now we will honor Michael by treating all humans with respect and dignity,” read the statement.

As the tragic news broke, tributes from fans, friends and colleagues started pouring in. One tweet read: “I’m absolutely GUTTED, Rest in Power Michael Brooks.” A user tweeted, “Rest in Power, Michael. I learned so much from listening to you on @tmbsfm and @majorityfm over the years. Such a devastating loss, your voice and passion for progress will be unfathomably missed but the people you moved to action will carry your spirit and work onward.”

A lot of people said their political views were shaped by listening to him and his opinions. “Will continue to shape my own. His passing is heartbreaking, but I’ve found solace in the knowledge that his influence on me is far from done. Aspiring to embody the same values as Michael did, and through redoubling our commitment to the fight for socialism,” said one admirer. “Rest in Power Michael Brooks. Everything I learned from you inspired me to be a Socialist. Our fight for a better world will continue,” said a fan. A Twitter member deeply influenced by Brooks stated: “Rest in Power Michael Brooks. You’re a huge part of my move leftward and the world is a emptier place without you.”

Former Brazilian president Lula da Silva also expressed his shock on Brooks’ sudden demise and posted: “This year I met this young American, a journalist, who turned out to be a friend, who I thought that we would meet again. How is it possible? My heart and prayers go to his family and friends. May his passion for social justice be remembered and inspire people around the world.” The statement released by Brooks’ team mentions da Silva as a “personal hero” and whose “causes and fight for freedom were dear to Michael’s heart”.

His show was a weekly program. Brooks was also a contributor and co-host of the ‘The Majority Report With Sam Seder’ – a political talk show – a position he held since 2013. Brooks has also regularly made appearances as an analyst on various media outlets.

He was also the co-host of 2 Dope Boys & a Podcast, which is a twice-weekly podcast highlighting trends and examining the latest in business, culture, technology and sports. The website for 2 Dope Boys & a Podcast describes Brooks as “co-founded an arts and performance incubator in Western Massachusetts where he performed stand up and sketch comedy and co-authored the Buddha’s Playbook, a synthesis of Mindfulness meditation and behavioral economics”.