Will Italy become the focus of Coronavirus’s outbreak in Europe? 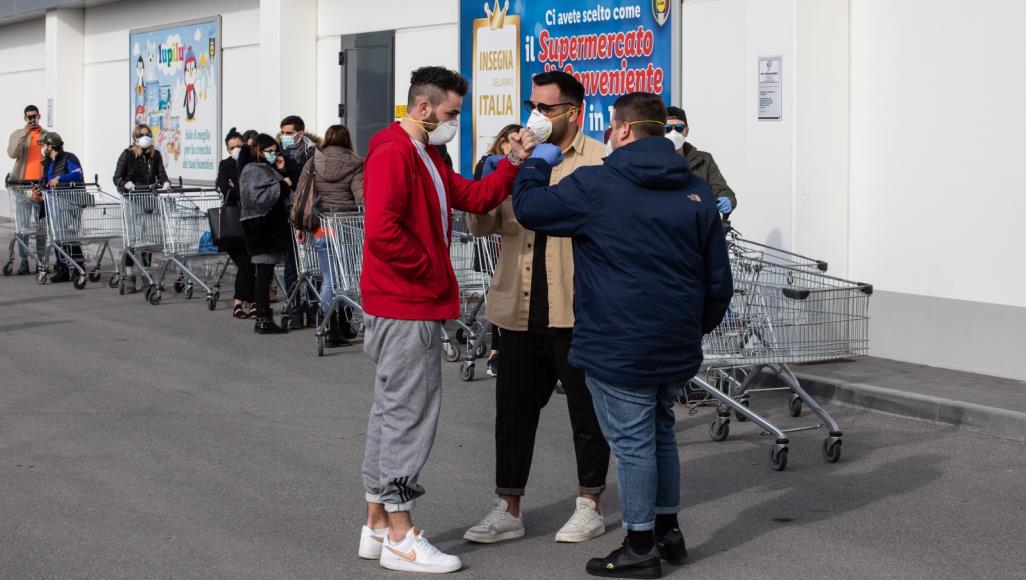 It was announced today, Monday, that a sixth person had died in Italy from contracting Corona virus.

The number of cases of the disease has exceeded two hundred in the north of the country since last Friday.

Football matches in the Italian Series A were postponed, and the famous Venice Festival was suspended, while fashion shows were canceled at Milan Fashion Week.

More than 50,000 people in about a dozen towns in northern Italy were ordered to remain in their homes, while police set up checkpoints to implement the ban.

“It is Italy, the first European country under the invasion of the coronavirus coming from the east, but the plan announced by the government is confusing on more than one topic.” This is how the French magazine “L’Ennoval Observator” opened an article for its correspondent in Rome, Marcel Badovani, who reviewed at the beginning the idea that was agreed upon by the press.

The Italian government asserted that the infection from China will not exceed its deadly effects, in Lombardy and Veneto.

But the correspondent cautioned that this consensus is nothing more than a repetition of the message that Prime Minister Giuseppe Conte delivered during a press conference announcing a series of measures that may be strict, but limited to only two of the main areas of infection, namely Lombardia and Veneto, the most prosperous in Italy, and linked to an economic relationship Along with the East, however, “Corona will not be the plague” is the slogan of optimists.

The correspondent said that commentators have begun to restore the opening of direct air links between the airports of the northern peninsula and Shanghai in recent years, and applaud when the “Silk Road” was launched a year ago, to avoid products coming from China crossing the Adriatic Sea and making long tours across the Mediterranean and the Atlantic Ocean, Before reaching the northern European markets.

“As if we were at war,” and televisions were launched broadcasting pictures of deserted streets in the “Red Zone” of Lodi Ubleda, and pictures of closed churches, closed shops and dark facades, and sometimes pictures of people wearing masks, one of whom says from a distance of two meters that journalists are advised not to cross “as if we are at war.”

Describing the general situation, the correspondent said that road inspections increased, public transportation was canceled, stations, schools, universities, offices and companies were closed, and festivals including the Venice Festival were suspended, as well as football matches, so that going out to bring food or medicine became in “sterile corridors” “And at certain hours and under police supervision.

“Today we are trying to contain the infection, and we still have nothing to control,” says Enrico Pucci, a major disaster specialist, and he therefore believes that over time the number of people carrying the infection will increase, especially as the infection may not cause fever or disease symptoms in the coronavirus carrier.

Indeed – the correspondent says – this was the case of the young Mattia who did not notice any show thanks to his athletic energy, and he continued all his activities, and his infection may have infected a hundred or two hundred unknown people, and they in turn may spread the virus without their knowledge, and therefore says Francesco Cossia from a hospital San Candido “Covid 19 is the smartest virus”.

This morning at Venice airport, from a trusted source #coronavirus #italy pic.twitter.com/KeO3PU6059

A skeptical reporter asked, would “virus intelligence” suffice to understand the perplexity raised by the Italian response plan? Adding, why this plan relates only to two regions from the north, as if the virus avoids descending to the south, despite the fact that the transmission of an infected person without knowing this, from Milan to Naples or from Venice to Palermo, will be sufficient to create new foci of infectious diseases, knowing that three cases A new infection appeared in Emilia Romagna, an area south of Lombardy.

One of the confusing things in the plan – according to the correspondence – is that the phone number given as a single source of information, guidance and remote diagnosis does not answer or appear to be busy. Also, a journalist covering the stopping ship in the Japanese port of Yokohama asked, after returning to Rome, to perform viral tests, but the doctor refused on the pretext that she was “not in direct contact with the stranded tourists”, and instead advised her to stay at home for a period 14 days.

As an example of the confusing deal, the correspondent attributed to a tenant in the building where the young Mattia lived, saying, “I am his neighbor … his sporting shoes are still on the ladder. Nobody came to analyze it, or at least to remove it … No one visited the building to examine it … No One of us has undergone tests, so is this a serious business to fight infection?

The World Health Organization expert Walter Ricciardi asked why Italy is the first European country to be invaded by the virus coming from the east to experience “the first real epidemic in the contemporary world”? “Is it not better to declare a state of emergency in all regions, not in only two of them?”

The correspondent concluded that the organization decided on Sunday to send extraordinary observers to Italy, stressing that this is to prevent the peninsula from one day becoming “Wuhan Europe”.

It is noteworthy that Wuhan is the Chinese city where the Corona virus appeared late last year, in a food market where wild animals were sold illegally.