The deadly Coronavirus .. the latest development 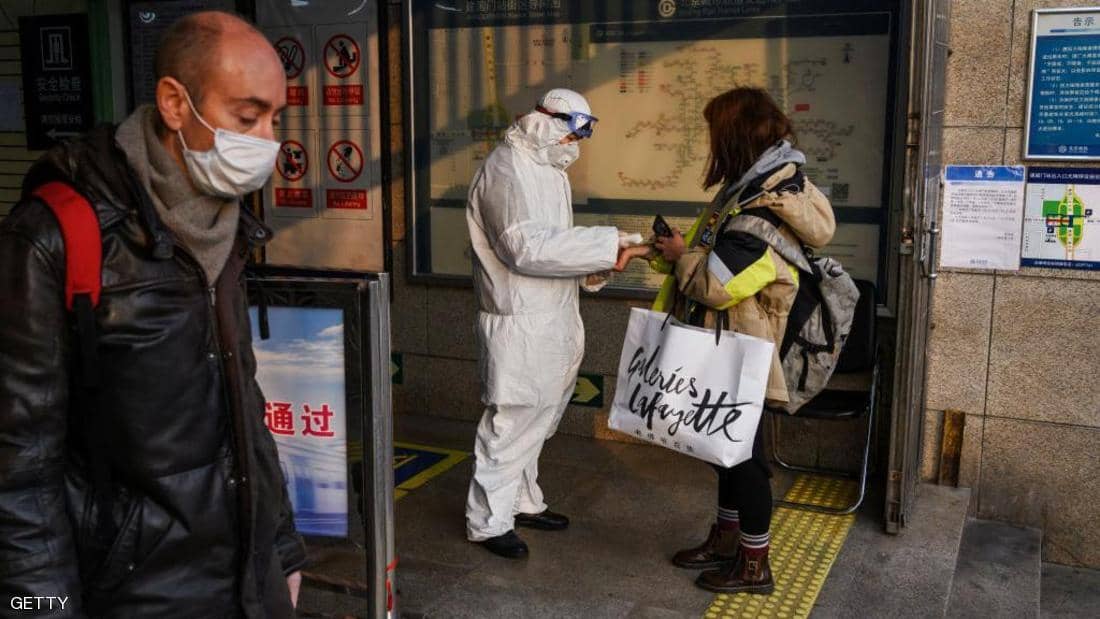 Corona virus continues to claim lives as countries of the world strive to evacuate their nationals from Wuhan, the epicenter of the outbreak, whose death toll has reached 132..

Health authorities in mainland China recorded 5,974 cases of the emerging coronavirus, an increase of 1,400 from the previous day, while the number of deaths rose to 132, according to “AFP””.

The fourth Case in France

France on Tuesday reported the fourth case of coronavirus, an elderly Chinese tourist.

According to the director of the Ministry of Health Jerome Salomon, the patient who is believed to be 80 years old, is being treated in Paris and his condition is serious.

A plane evacuating 240 Americans from Wuhan

Yesterday, a plane carrying up to 240 Americans left from Wuhan on its way to the United States, a State Department official told the Associated Press..

Washington sent a plane to evacuate diplomats from the US consulate in Wuhan, which witnessed the latest outbreaks of Corona, and other US citizens..

The US embassy in China said The plane will stop refueling in Alaska before heading to Southern California.

An official on condition of anonymity because he is not authorized to speak publicly, indicated that when the plane arrives in Anchorage, Alaska, passengers will undergo customs procedures and a medical examination by the Centers for Disease Control.

Quotes “The Associated Press” on Jim Szczyniak, director of Ted Stevens Anchorage International Airport, said: “After that, they will be taken back to the plane and then sent back to their final destination.””.

World Health Organization (WHO) announced Tuesday it will send “as soon as possible” experts to China with the aim of exchanging experiences on the emerging coronavirus to arrive at a “global response” to serious pneumonia..

China and the World Health Organization agreed that the experts “will work with their Chinese colleagues on improving understanding of the disease with the aim of directing efforts” to reach a “global response,” the WHO stressed in a statement..

The decision comes after meetings that brought together the Chinese president Xi Jinping and the Director-General of the organization, Tadros Gabriesus.

Tadros declared, “Stopping the spread of the virus in China and the world is the highest priority for the World Health Organization,” welcoming the “seriousness” of China’s work to contain it..

China will brief the organization on biological materials, according to the statement, which pointed to the importance of continuous sharing of data and studies on the virus.

“These measures will help develop a scientific understanding of the virus and contribute to developing medical countermeasures such as vaccines and medicines,” the WHO added.”.

In January, a WHO team went to Wuhan, the epicenter of the virus, which is home to 11 million people.

Australian Prime Minister Scott Morrison said that the “most vulnerable” Australians, including children and the elderly, as well as people who made short visits to the Chinese city of Wuhan and Hubei Province, would be given priority as part of efforts to return Australian citizens..

Officials said that there are about 600 Australians present in that Chinese region that have been closed in an attempt to contain the spread of the virus, according to “AFP””.

Morrison pointed out that Australia is working with New Zealand to get them back, and it will seek help from Pacific nations to evacuate their citizens, stressing that “the priority now is the safety of Australians.””.

Morrison told reporters in Canberra that they would be quarantined for 14 days on Christmas Island, which houses a detention center for migrants trying to reach Australia on boats.

On Wednesday, Japan and the United States returned hundreds of their nationals from the Chinese city of Wuhan, the epicenter of the new Coronavirus outbreak, which continues to claim more lives..