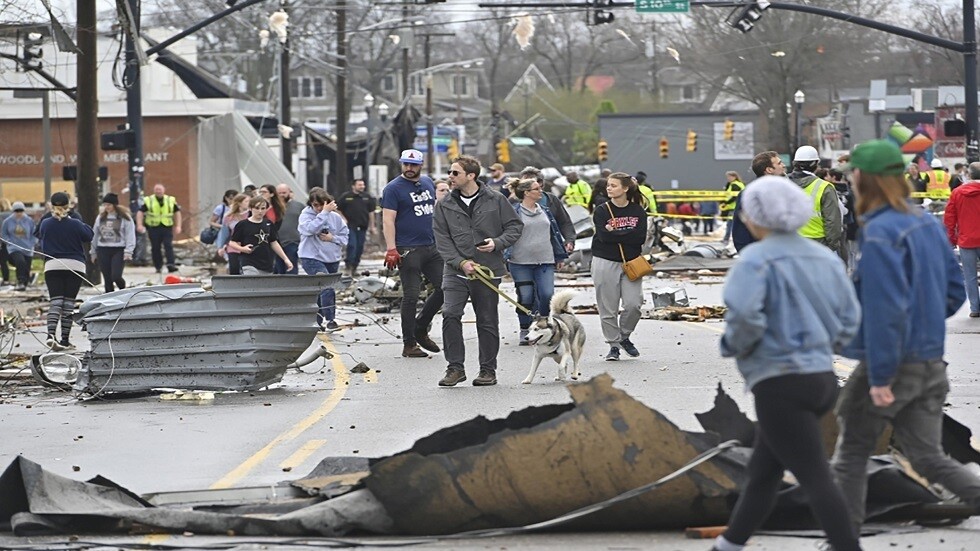 22 people in Nashville, Tennessee, announced that 22 people were killed and dozens were injured as a result of a tornado that struck the state and caused great damage in the region.

“We have recorded deaths in four regions of the state in the southeast of the country,” said Tennessee Emergency Response Officer Melissa Hacks, while scenes broadcast by local media showed buildings completely destroyed after last night’s tornado.

For his part, the mayor of Nashville, John Cooper, wrote on Twitter: ” MNPS interim director Dr. Adrienne Battle and I are assessing the damage caused by this morning’s horrible tornado at Robert Churchwell. “.

MNPS interim director Dr. Adrienne Battle and I are assessing the damage caused by this morning’s horrible tornado at Robert Churchwell. The school district is working on a relocation plan for students, teachers, and staff. I’ll continue to assess other damaged areas today. pic.twitter.com/G5cpHLnSKk

A videotape showed the scale of the damage caused by hurricanes hours before polling stations opened in 14 US states, including Tennessee, in what is known as “Big Tuesday”, which constitutes a crucial stage in the Democratic primary.