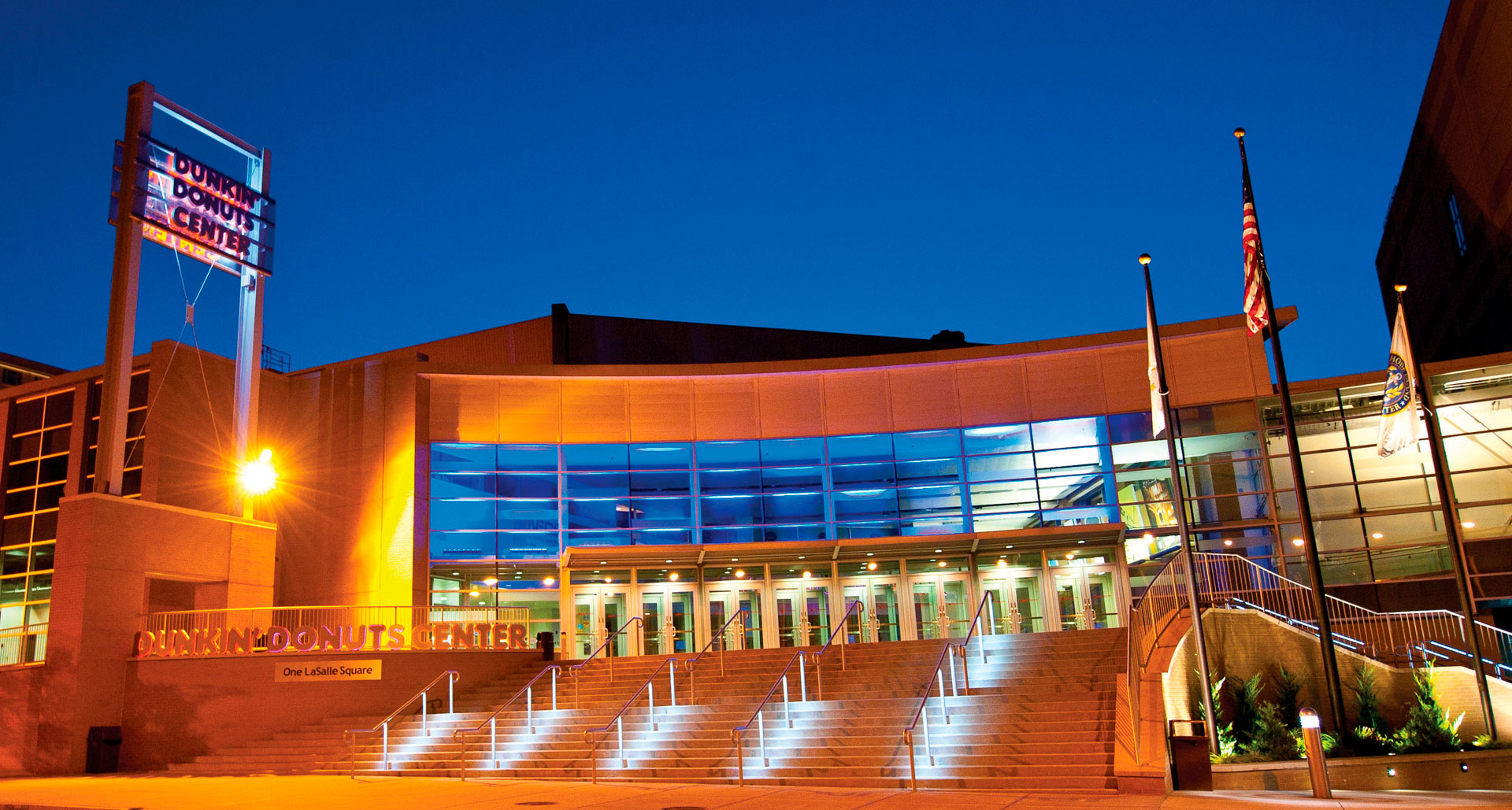 It was built in 1972, as a home court for the emerging Providence College men’s basketball program, due to the high demand for tickets to their games in Alumni Hall, as well as for a home arena for the then-Providence Reds, who played in the nearly 50-year-old Rhode Island Auditorium.

The 14,000-seat DDC offers 31,000 square feet of arena space with a ceiling height of 86 feet, a 25,000-square-foot concourse, a 9,000-square-foot lobby, 20 luxury suites, and five additional meeting/hospitality rooms. There are 5,500 hotel rooms in the Greater Providence area—1,800 located within walking distance of the Center.

Ellerbe Becket, an AECOM Company, renovated this arena, which it originally designed in the 1970s – now affectionately known as “The Dunk” – to attract larger regional and national events. Davis Langdon, an AECOM company, provided cost management and value engineering services on the project.

As a result of this renovation, the Center has been awarded the first and second rounds of the 2010 Men’s Division I Basketball Tournament.

The arena has long been a regular stop on WWE tours. It was the site of WWF King of the Ring tournaments four times: from 1987 to 1991, before the event became a pay-per-view, and once after in 1997.

The SmackDown portion of the 2018 WWE Superstar Shake-Up was held at the Dunkin’ Donuts Center, while the Raw portion was held at the XL Center in Hartford, Connecticut.

On October 22, 2018, Roman Reigns revealed his leukemia diagnosis during a Raw show held at the arena.

In November 2015, the Rhode Island Comic Con expanded into the arena from the adjacent Rhode Island Convention Center, where it had been held since it began in 2012. It has been held in both buildings ever since.

The arena was used by Hasbro to host its first-ever HasCon in September 2017.